Brief Information :- Rajasthan Police Recruitment 2021 Has Published Notification For The Recruitment Of Constable General & Constable Vacancy. Those Candidates Who Are Interested In The Vacancy Details & Completed All Eligibility Criteria Can Read The Notification & Apply Online. Last Date: 3 December 2021 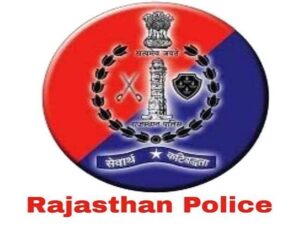 Rajasthan Police: With the advent of independence in August 1947, the 563 princely States of India were gradually integrated into different administrative homogeneous units. The State of Rajasthan, in its present form came into being in different stages. The Matsya union comprising Alwar, Bharatpur, Dholpur and Karauli were the first to be ushered in on March 18, 1948. They were joined a week later by Banswara, Bundi, Dungarpur, Jhalawar, Kishangarh, Kushalgarh, Kota, Pratapgarh, Shahpura, Tonk and Udaipur. Exactly a year later, the four larger States viz. Jaipur, Jodhpur, Bikaner and Jaisalmer also joined in. Together they formed the Greater Rajasthan, which was inaugurated by Home Minister of India Sardar Vallabh Bhai Patel on 31st March, 1949. Though the process had started immediately after independence, it was not until 1956 that all the States came together to form the present Rajasthan. The erstwhile princely States constituting Rajasthan varied considerably in size, population, revenue resources, administrative procedures and practices. This was duly reflected in the composition and capability of security forces they had maintained for law and order functions. However, with the merger of these States, their police forces were amalgamated into a single police force, which was known as Rajasthan Police. In the intial years after its inception, the Rajasthan Police was headed by officers on deputation and the first Inspector General of Police was Shri R.Banerji, who took over on 7th April, 1949. Shri Banerji held this post for seven months and devoted most of that period to the necessary preliminaries of integration of the various police forces.

Selection Process :- Skill/physical/practical test wherever applicable based on merit/category in the written test.

How to Apply :- All interested and eligible candidates can apply for this position online at the website (https://recruitment2.rajasthan.gov.in/ ) on or before 3rd December  2021.

Note :- Interested Candidates Can Read the Notification Before Apply Online

Disclaimer :- This material or information has been placed on our website for the convenience of our visitors. We does not guarantee or give any kind of assurance or authentication for the above said job posting. Candidates are requested to verify on their own.

DO Not Pay Any Charges For The Jobs.